When Vegan Cosmetics are Misleading

Choosing healthier personal care products can be daunting with so many choices out there, and, as a result, we tend to focus on one or two buzzwords to help narrow down the choices and make an ultimate decision. (More about that circus in my Greenwashing post.)

When it comes to buzzwords, boy, is "vegan" having a moment. "Vegan" seems to be the new "it" girl: There are many products, brands, bloggers, and beauty fans talking about vegan everything. And veganism is great! It's admirable and ethical in many respects.

However, there is a fatal flaw with relying on "vegan" as a go-to buzzword, and that is that "vegan" becomes conflated with "healthy."

Now, this isn't to say that plenty of vegan personal care products aren't healthy as well as free of animal products – many are. However, more and more, "vegan" is being used as just another word to mean "green" or "clean" beauty, and that's simply not the case.

They're not the same.

There are different reasons for going vegan, which include primarily:

An anecdote. Years ago, I had a casual conversation about the challenges of eating vegan when the woman I was chatting with said something like, "Isn't it so great that Oreos are vegan?" Though I get where she's coming from, my gut (and internal – I wasn't going to rain on her parade, Oreos are delicious, even if it's because of artificial flavor) response to that sentiment is "errrrr, no." Oreos are a chocolate cookie with a cream filling, and neither of those components includes an animal product like, say, cream? Then what is it?? We know it's not coconut milk. (If you're curious, here's the Ingredients list, courtesy of amazon.com)

A PRODUCT CAN BE BOTH VEGAN & HARMFUL TO ANIMALS.

For example, parabens, some of the most popular preservatives in cosmetics, are vegan. However, they're also endocrine disruptors, or chemicals that interfere with the body's hormone system. Endocrine disruptors may harm reproductive, developmental, neurological, and immune systems in people and wildlife. Cool. Propylparaben scores a whopping 7 (toxic) on EWG. Still vegan.

So, a company can include propylparaben, which is toxic to the wearer and the wildlife the wearer wants to protect, and still be "vegan."

THE QUESTION OF TRADE-OFFS.

Often times, the vegan alternative to an animal-derived ingredient is gross, or supports an unsustainable industry. For example, paraffin wax is a vegan and non-toxic alternative to beeswax, but it's a petroleum product. While it may not be toxic, lots of people choosing cleaner products (myself included), want to avoid petroleum products in personal care as much as possible, for both earth-friendly and health reasons.

THERE ARE VEGAN INGREDIENTS THAT ARE BOTH HARMFUL & GROSS.

For example, Glossier's Generation G lipstick claims to be "hypoallergenic, dermatologist tested, paraben free, fragrance free, cruelty free, and vegan," but it uses FD&C color additive Red 30, which is produced from petroleum and coal tar. As well as being from a by-product called "coal tar," (yum!) it scores a 5 on EWG for persistence and bioaccumulation (meaning it adds up in the body and stays there), organ system toxicity, and ecotoxicity.

Long story short, they're able to claim all these positive things while still having a problematic ingredient list (I have issues with more than just the Red 30, but let's stay focused).

An important consideration that's often missing from the "vegan cosmetics" conversation is the circle-of-life impact.

What we put on our bodies washes off our bodies and into the environment, where it inflicts serious damage (see the ever popular Red 30 "ecotoxicity" comment above). Scan this New York Times article about how endocrine disruptors are causing reproductive abnormalities in frogs (and how those effects are also showing up in humans, too).*

What this means is that a "vegan" product isn't a guaranteed "win" in the fight for respect for animals.

Just because there's no animal testing (cruelty-free) and no animal products/by-products (vegan), doesn't mean that no animals are harmed in the production, use, or disposal of that product. Products that contain eco-toxic ingredients like parabens or Red 30 are still inflicting harm on wildlife and the natural habitat they depend on, which is against the vegan ethos in the first place.

This is all to say that if you want to shop vegan, that's awesome, but make sure you're looking at more than just that buzzword. As always, read your labels, and focus on products with simple, understandable ingredients lists. Asking a rating system like EWG Skin Deep is always helpful. Remember, every purchase matters in voting for better, healthier products for us and the planet.

*Scholarly articles about this here and here – they focus on fertilizer, but it's the same problem. 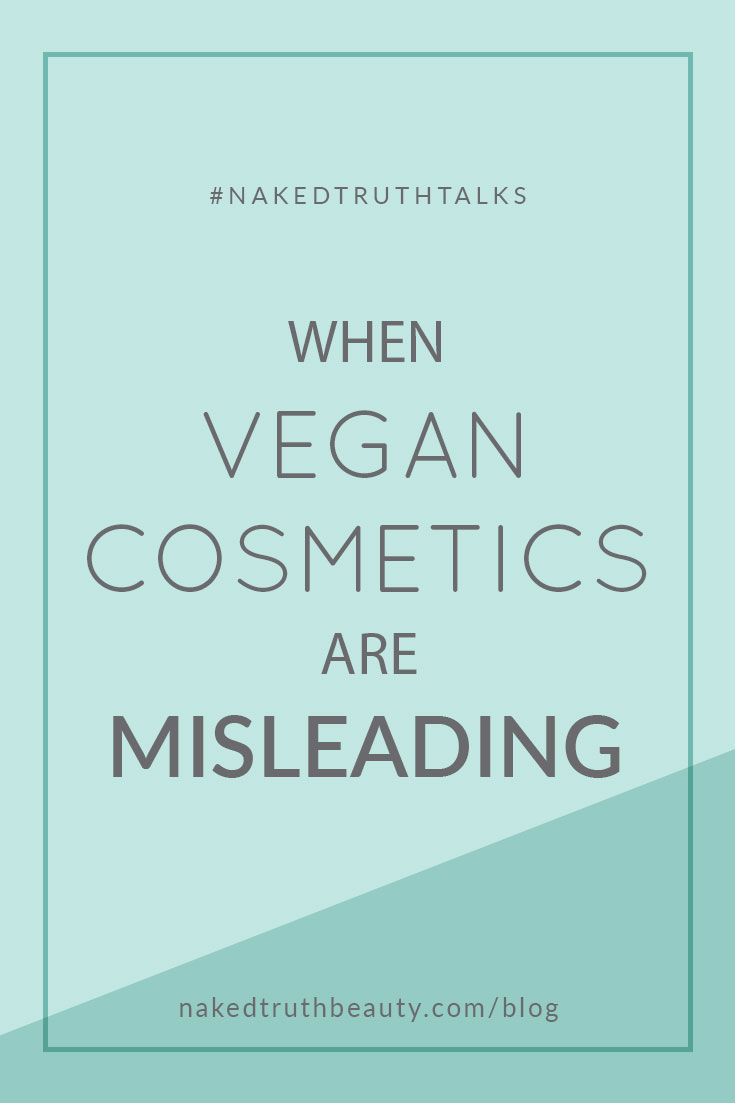 The Truth about Willow Bark and Pregnancy

10 Reasons to Give Cream Makeup Products a Go

What's in your cleaning products? Californians may soon find out.

Protect yourself from more than the sun: Everything you need to know about sunscreen

Why Oil is Good for Your Skin

How Aloe Exposes Truths of the Beauty Industry

Pleased to Meet you! 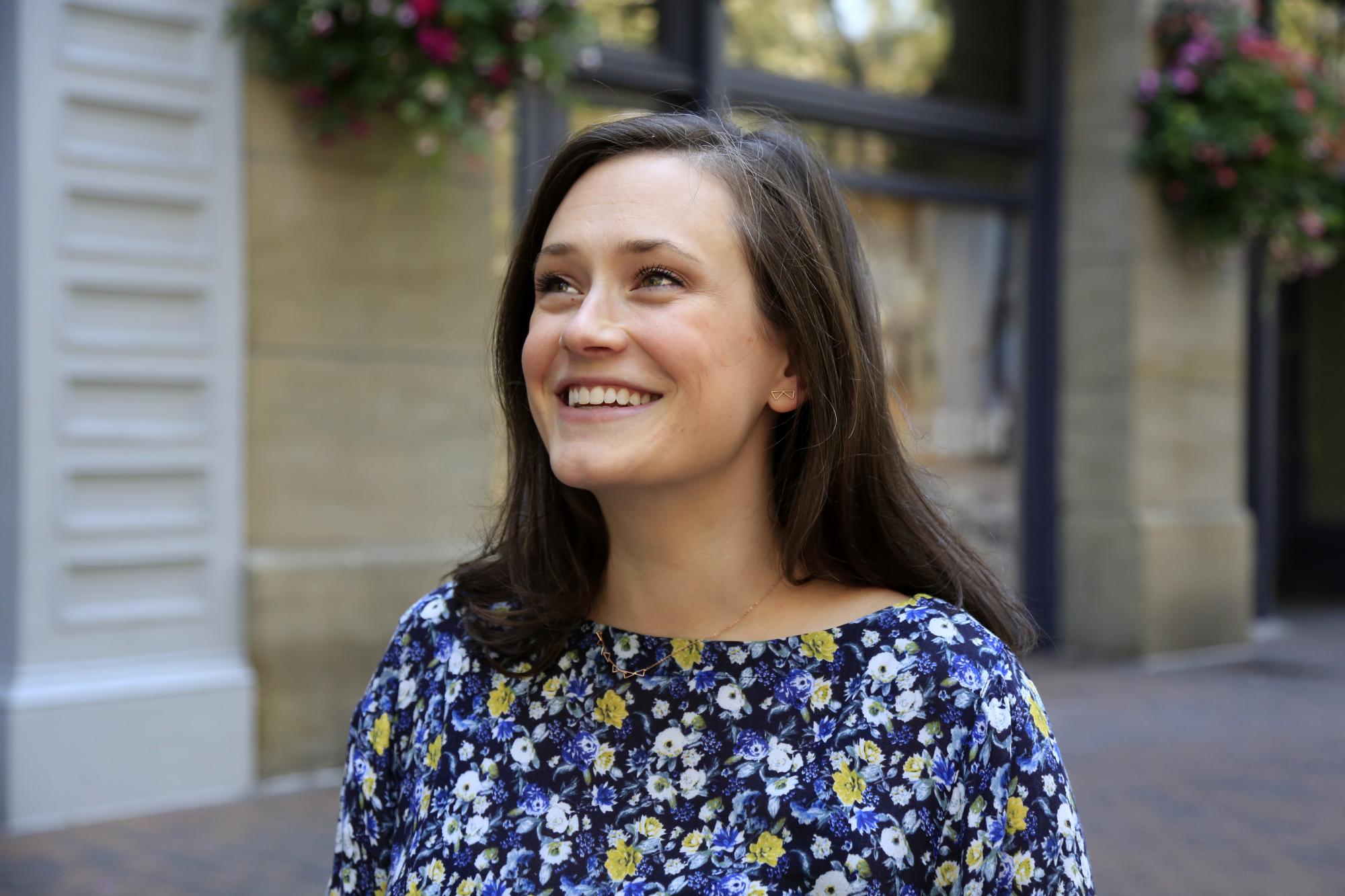 Hi! I'm Lauren. I studied Green Chemistry & Sustainability at the University of Washington, and believe in transparent ingredients, sustainable packaging, keeping it simple, and supporting brands pursuing more than one bottom line. Buy less, buy better, but if sometimes you clean up your dog's vomit with paper towels, that's okay, too.

Disclaimer: Naked Truth Beauty DOES NOT PROVIDE MEDICAL ADVICE. The information on this site is not intended or implied to be a substitute for professional medical advice, diagnosis or treatment. Always consult with a healthcare professional before beginning any diet, supplementation or exercise program. Statements and opinions contained on Naked Truth Beauty website and other related sources (Blog and social media platforms) are provided as self-help tools only. Naked Truth Beauty cannot not and does not guarantee the accuracy or effectiveness of the information to your unique circumstance.

Naked Truth Beauty is a participant in affiliate advertising programs, which may include the Amazon Services LLC Associates Program, Target Affiliate Program, The Detox Market, or others, which are designed to provide a means for sites to earn advertising fees by advertising and linking to shopable items.